The UK Government has the clear ambition to become a global leader in 5G.

In its view, the 5G ecosystem has the potential to transform communications in the country, far beyond mobile phones.
UK operators have specific strategies to create the new generation of products and services based on the 5G technology.

This article introduces how they intend to do it.

BT
BT  intends to lead the 5G market by being the first entrant BT’s Strategy is to focus on convergence, by providing:

BT has a portfolio of several brands, EE being the mobile subsidiary.

BT has prepared the commercial launch of the 5G technology by working with several Equipment vendors since 2015:

On May 30th 2019, BT confirmed its leadership position launching its 5G network in 6 major cities in the UK (London, Edinburgh, Belfast, Cardiff, Manchester and Birmingham).

Even though EE coverage is partial in each of the 6 cities, they became the first operator to offer a 5G connection to its clients.

The new 5G smart plans are available for customer starting at £54 up to £89 per month. EE is planning to add 100 new 5G sites every month and is targeting
to have 1500 5G sites before the end of the year.

Vodafone was the 2nd operator to launch 5G

Vodafone’s UK strategy for 5G deployment will be one of co-leadership, matching the pace of other leading competitors in each
market. It intends to launch 5G services with an initial focus on dense urban
areas and to seize potential revenue opportunities in the Consumer
segment through low latency mobile gaming. It allows gamers super quick response times and zero lag through its partnership with cloud gaming platform, Hatch.

Vodafone’s other revenue opportunities are in the consumer segment include providing fixed wireless access in selected rural and semi-rural areas. The company also aims at developing potential Consumer IoT devices that will be supported by the ‘V by Vodafone’ global platform.

In order to drive business growth and deepen the existing relationship with mobile customers, Vodafone focuses on cross-selling additional services including:

Vodafone is also working with Ericsson, Intel, Nokia and Qualcomm Technologies as 5G partners, and have been trialling 5G at the MediaCityUK development in Manchester since June 2018. Other trials are currently being held in Birmingham, Bristol, Cardiff, Glasgow, Liverpool and London.

On the 3rd of July, Vodafone officially became the second operator to launch a 5G network. A couple of days after Vodafone made that announcement an additional 8 cities are now covered by 5G.

Vodafone is using the strength of its group and will very soon offer 5G international roaming in 55 cities in Europe.

Vodafone wants to stand out and offer 5G at no additional cost from 4G. They created a new Unlimited Max plan which costs £30 per month, its first unlimited plan. 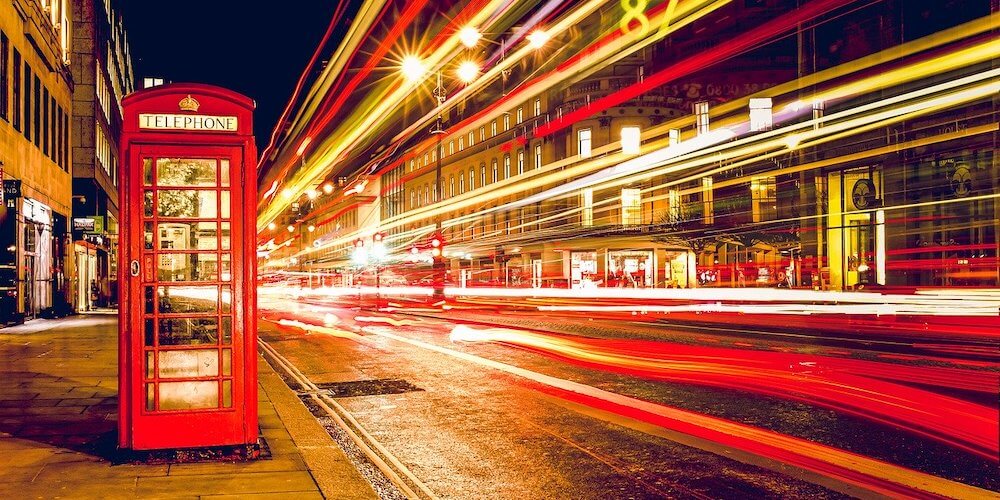 O2 appears to be targeting the business segment rather than the consumer segment for its’ 5G offering.
Telefonica’s UK business O2 has invested heavily in their infrastructure network (12,9% of 2018 revenues) as their strategy
towards 5G.
O2 has confirmed it will launch 5G in 2019, fuelled by a £1 billion investment, and seems to target more and more businesses rather than individual customers.

In September 2018, the operators signed an agreement with SSE Enterprise Telecoms to improve 4G network capability and prepare for 5G. The company provides the MNOs with fibre access on SSE Enterprise Telecoms’ infrastructure in London and in July 2018, it offered 5G Testbed opportunities to every company in the FTSE 100 to help them understand the processes and use cases that would benefit from 5G. The tests are run across construction, retail, transport and utility
sectors.

O2 is creating 5G innovation spaces across the country including in its Wayra accelerator hubs. However, the company is also creating some value for customers as it introduced three news plans this year, including a new loyalty
program.

Three UK’s focus is to be the fastest 5G network to enter the Home Broadband Market.

In 2018, Three announced they passed the milestone of 10 million customers. The company’s strategy has been to grow its customer base and deliver customer-centric propositions, while also delivering market-leading connectivity.

Addressing their 5G strategy, the mobile only company wants to grow by taking share in the home market and by using 5G as a residential broadband alternative.

The company has made a £2 billion commitment to its rollout, allowing it to support the necessary infrastructure for Home Broadband.

Unlike the other UK operators, Three holds licences to a large amount of spectrum in 3.6GHz and 3.8GHz. This is the result of the double acquisition of Relish and spectrum to support 5G services. And as a consequence, Three UK claims to be the fastest network.

This strategy has 4 key moments
1. It started by Relish’s acquisition in March 2018 (£350M) which allowed the company to have additional spectrum
2. It continued with the acquisition of a spectrum during Ofcom’s auction in April 2018 (£151M)
3. A deal was also made with SSE networks to increase Datacentres footprint all around the UK as well as investment in their own Data centres.
4. A Commercial launch has occurred in August 2019, with Huawei hardware only.

By replacing Samsung by Huawei, Three UK took a considerable risk. Unlike Verizon that is following the same strategy [in the US], but on rural areas or zones where fixed lines are unavailable, they have ambitions for national coverage [not just rural]. Their decision to rely upon a vendor that the US is looking to ban may prove to be problematic in the future.